¡Feliz Cinco de Mayo! The Fifth of May, while commonly mistaken as Mexico’s Independence Day, actually commemorates the country’s 1862 victory over France at the Battle of Puebla during the Franco-Mexican War.

Here is an easy way to toast our amigos in Mexico. 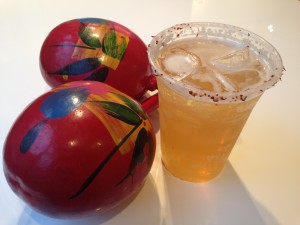 The Chelada is probably one of the easiest cocktails you can churn out.

A bottle of Corona

What you taste: Spicy chilli on the lips, salt that hits you on the back of the throat. Lime juice, which usually makes things tangy, oddly softens the beer. Overall, it’s ridiculously refreshing.

All you need now are some nachos. Salud!